Mr. Constain is on this list for one simple reason. He bought items from The Wealth Preservation Institute that cost in excess of $2,000; he used these items for his own benefit for in excess of 12 months and then refused to pay his bill to use them.

Repeated attempt to collect this debt have been made and Mr. Constain has avoided every attempt to pay his bill.

Any advisor who buys goods or items for an amount that in many states would be a felony if not paid for is certainly worthy of the title “bad advisor.” 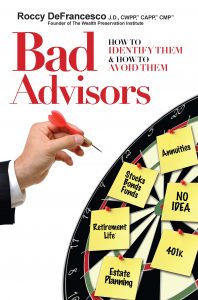